Tamine from the Island Reggae sensation 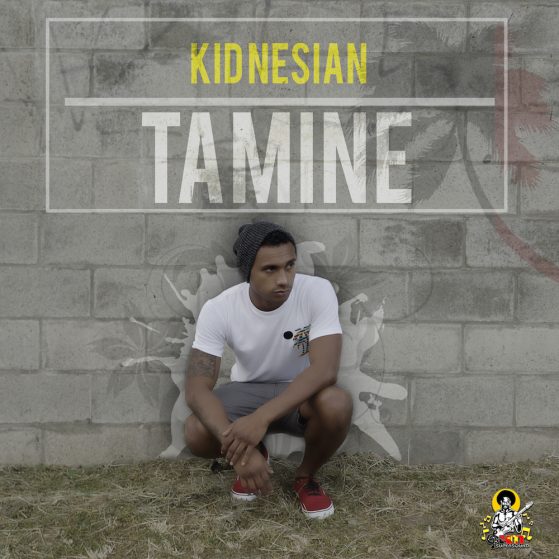 Fresh from the success of his debut hit single “Stap Wantaim Yu”, Kid Nesian, the 21 year old Island Reggae sensation from PNG, has released the 2nd single from his upcoming EP, titled “Tamine”.

Kid Nesian (real name Brian Kepi), first became a household name in his native Papua New Guinea when he secretly entered himself into the popular singing TV competition “Digicel Stars” when he was just 14 years old. The minimum age requirement was 16, so embellished his entry form just to get onto the show. He blew the country away with his live performances and stormed to the grand final where he ultimately finished 2nd place. He knew then, that music is what he wanted to spend the rest of his days doing.

His first single “Stap Wantaim Yu” became a bona fide hit not just in his hometown PNG, but was also a major hit around the Pacific in countries such as Guam, Marshall Islands, Vanuatu, Fiji, French Polynesia and Tahiti. His follow up single “Tamine”, follows a similar style with a sunny, laid back, chilled island vibe that will make you feel like you are sitting on a beautiful white sandy beach, sipping coconut juice whilst watching the sunset go down over the horizon. Fans of his first single, will definitely love his follow up track.

“I was blown away by the response to my first single, so I knew my 2nd single had to be just as good” said Kid Nesian. “I’m excited to get this new song out and I’m confident my fans will not be disappointed”.

Download or Stream music from Kid Nesian on Apple Music, iTunes or Spotify

Kid Nesian (real name Brian Kepi), is a 21 year old singer/songwriter from Papua New Guinea, who is fast becoming a rising star around the Pacific and is projected to be the ‘next big thing’ in the Island Reggae music scene.

Born on the beautiful island of Papua New Guinea, a nation rich in cultural diversity and over 800 languages, he brings his own unique flavor from this region of the world to the Island Reggae genre. His style has often been described as “Refreshing”, as he blends genres such as roots, pop, RnB, EDM and slight hints of hip hop to create his own blend of Island Reggae Fusion. Often compared to a younger ‘JBoog’, Kid Nesian brings a modern twist and edge that helps him stand out amongst other reggae singers.

Bob Marley & The Wailers – Lively Up Yourself